DVC®, the Innovative non invasive non animal Technology from Tecniplast presented at Aalas during a Seminar on Facility Management
// November, 2015 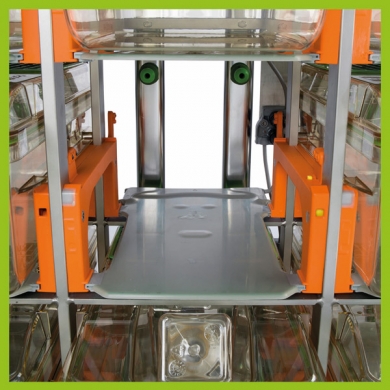 The seminar showed in depth how DVC® helps to monitor the animal environment and to improve scientific data and animal welfare: a real revolution.

This series seminars titled “EMF is all around us: implications for Science and Animal Welfare” was for technicians, managers and facility veterinarians, and the participation was great. The audience really appreciated the series of talks as it gave them a deeper understanding of animal holding room sources of Electromagnetic Fields (EMFs) their effects on people and animals, plus their use in animals rooms to manage animals.  The sessions aimed to explain what EMF are, to explain and summarize an immense amount of negative data as to any effects they have on animals and to begin to review the potential use Low EMF (LEMF) and Extremely Low Frequencies (ELF) to evaluate and assist animal welfare and scientific data collection. The seminars collectivity showed how as vivarium’s increase in sophistication, the use of non-animal technologies (cell phones, lap tops, computers, RFID systems, behavioral analysis equipment (video cameras, pressure pads, IR beams and EMFs)) in the animal environment is more pervasive – however still remains as far as can be ascertained, harmless.

This seminar explored in depth one physical component of these technologies, EMFs. Presenters showed how EMFs are continually around us and, as the use of technology increases so does the EMFs in the animal areas. It has been showed what are EMFs and where are they mostly found, how are EMFs different from other physical components in the environment, like radiofrequency fields (both of which are commonly present in the animal holding rooms). The seminar eliminated through scientific argumentations and data any historical or current concerns with EMFs effects in animals or humans.

The net result is that these technologies improve communications and staff efficiencies thereby increasing the quality and quantity of animal care and ultimately modify outcomes of animal welfare.

Combined, this session provided in depth precise answers, giving the attendees an appreciation and understanding on EMF and its use in animal welfare monitoring.